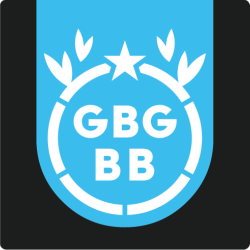 Bamboo
Stiff and strong in along grain, in the fiber direction. A tough material, good fatigue resistance. Large variation (roughly +/- 50% on values below) depending on for example species, age of culm, top or bottom part of culm, inner or outer part of wall and node or not node section. Species called Tonkin is regarded as the stiffest and strongest.
Flax (50% epoxy)
Flax fibres come from the flax plant, one species of Linum usitatissimum is bred, and is widely cultivated in West Europe where the daily temperature is generally below 30 °C. The flax plant has a life cycle of 90–125 days including vegetative, flowering and maturation periods. The diameter of the flax stem is in the range of 1–2 mm, with a height of about 80 cm. There are three layers—bark, bundle and xylem—in the flax stem. The outer layer of bark functions as a protective cover from external attacks except for the penetration of water and other nutrients.
S-glass (55% epoxy)
The glass fibers are made of various types of glass depending upon the fiberglass use. These glasses all contain silica or silicate, with varying amounts of oxides of calcium, magnesium, and sometimes boron. To be used in fiberglass, glass fibers have to be made with very low levels of defects.
Carbon (40% epoxy)
Carbon is the 15th most abundant element in the Earth's crust, and the fourth most abundant element in the universe by mass after hydrogen, helium, and oxygen. Carbon's abundance, its unique diversity of organic compounds, and its unusual ability to form polymers at the temperatures commonly encountered on Earth enables this element to serve as a common element of all known life. It is the second most abundant element in the human body by mass (about 18.5%) after oxygen.​
Steel (AISI 4000 grade)
Steel is an alloy of iron and other elements, primarily carbon, widely used in construction and other applications because of its high tensile strength and low cost. The base metal, iron, is able to take on two crystalline forms (allotropic forms), body centered cubic (BCC) and face centered cubic (FCC), depending on its temperature. It is the interaction of those allotropes with the alloying elements, primarily carbon, that gives steel and cast iron their great range of unique properties.
Aluminum (6061 alloy)
Aluminium is a chemical element in the boron group with symbol Al and atomic number 13. It is a silvery white, soft,
nonmagnetic, ductile metal. Aluminium is the third most abundant element in the Earth's crust (after oxygen and silicon) and its most abundant metal. Aluminium makes up about 8% of the crust by mass, though it is less common in the mantle below.
Stainless steel (304 alloy)
Stainless steel does not readily corrode, rust or stain with water as ordinary steel does. However, it is not fully stain-proof in
​low-oxygen, high-salinity, or poor air-circulation environments. There are different grades and surface finishes of stainless steel to suit the environment the alloy must endure. Stainless steel is used where both the properties of steel and corrosion resistance are required.
Powered by